"Yet to open our eyes to doping in the country": Usha In Rajya Sabha 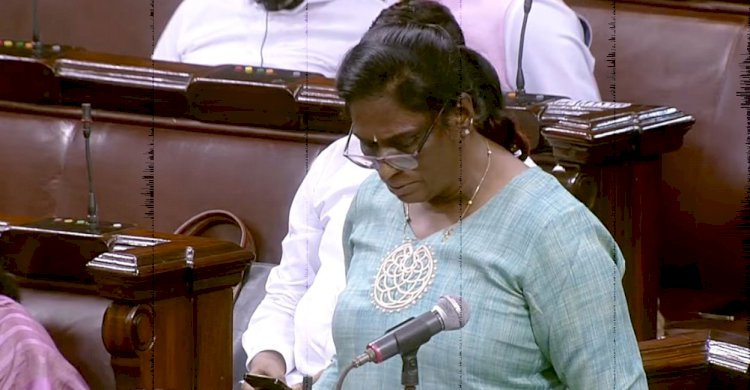 LEGENDARY athlete PT Usha on Wednesday batted for bringing all competitions under National Anti-Doping Agency (NADA) and sought more focus on the field of sports medicine and science to help players recover from injuries.

In her maiden speech in Rajya Sabha, Usha, who was participating in the discussion on the National Anti-Doping Bill, said the country ranks third in the number of individuals who tested positive for steroids and were punished for doping.

"We are yet to open our eyes to the doping in our country which was earlier confined only to the senior national level but has now reached the junior, college and district levels. It is a serious concern which needs to be addressed," she noted.

Usha, who was nominated to the Upper House last month, said sports medicine and sports science need more focus in the country.

The leading sporting nations had adequate support in the sports medicine system which was lacking in India, she said.

"The new generation sportspersons are now getting better coaches, diets and resting facilities but there is one department which needs more focus and that will be the field of sports medicine and sports science," Usha said.

She noted that injuries were an inseparable part of sports and the department of sports science and medicine has an important role to play in helping recover from injuries.

"Unfortunately in our country, this branch is still in the infancy stage. We need to have immediate and special attention to this sector," Usha said.

"This is the time to become self-reliant and I strongly suggest all this should come under the Atma Nirbhar Bharat initiative, she added.

Speaking about doping, she said the alarming situation could be controlled to some extent by legislative business and more effective measures are required to create awareness about the problem.

At the same time, the activity of the National Anti-Doping Agency (NADA) should be accelerated and it should be given the freedom to operate without any obstacles.

Both NADA and Delhi-based National Dope Testing Laboratory (NDTL) should get the necessary financial freedom.

Usha also called for bringing all competitions under the watchful eyes of NADA.

According to experts, NADA collects samples from athletes in most of the National Championships as well as national camps that are held at Sports of Authority of India (SAI) centres across the country. It is authorised to collect samples from all athletes, who are part of its registered testing pool.

Taking samples and sending them to labs for testing requires resources, hence testing at all competitions would require a hike in the budget, they said.

In 2019-20, NADA tested around 4000 Indian athletes. About four per cent tested positive. Speaking in the Upper House, Usha said if the country follows all scientific processes, in the next ten years India will become one of the top sporting nations in the world.

Participating in the discussion, Ayodhya Rami Reddy Alla (YSRCP) noted that adequate testing infrastructure was required in the country to check doping.

Supporting the bill, Amar Patnaik (BJD) said that countries like Italy are on the top of the list for doping and India is inching towards that.

"This (legislation) is a structure which has come to make us more credible in the international sports arena," he said.

Dhananjay Bhimrao Mahadik (BJP) said the drugs used for doping are now easily available across the country and are sold as organic medicine.

"Many times, an athlete is not even aware of the negative impacts of this drug," he said.

The bill, which was earlier approved by Lok Sabha, was passed by voice vote in Rajya Sabha on Wednesday.

NEET exam row: HC asks NTA what the protocol is